Mike Flink is the Chief Relationship Officer of Ministry Ventures an organization dedicated to helping develop leaders and build greater capacity in the non-profit community. Mike spent much of his childhood in China and returned to the United States at the age of thirteen. Mike earned his B.A. degree from Taylor University where his academic focus was in the field of Economics. As a freshman, Mike successfully acquired multiple insurance and securities licenses and began his financial advisory practice at the age of 19. Upon graduation he moved to Atlanta, GA to join a fee-only boutique advisory firm, Ronald Blue & Co. During his time at Ronald Blue & Co., he became interested in transformational philanthropy and non-profit best practice. In 2011 he left his financially advisory practice and moved to Birmingham, joining the Ministry Ventures staff where he focuses on helping non-profit leaders grow. Mike proudly serves on the boards of Hope Health Center, Undone Redone, and the Alliance of Marketplace Leaders. 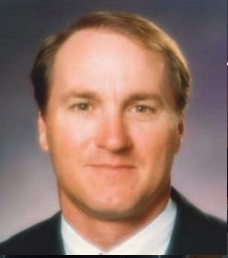 Garry Ard is CEO of Ard Contracting, a construction company he founded in 1989, specializing in commercial and industrial concrete construction. He is a graduate of Auburn University. Garry is active in philanthropy and many local and global ministry causes. Currently he serves on the boards of The Center for Executive Leadership and The Wellhouse. He previously served on The Foundry Rescue and Recovery Board and as Chairman of the First Priority Board.

Thomas H. Brigham, Jr. (Tommy) is the Chairman and Founding Partner of ARC Realty, recognized as one of Alabama's fasting growing companies and currently one of the market share leaders in the Metro Birmingham. Mr. Brigham also serves as CEO of ARK Real Estate Strategies and the ARK Real Estate Opportunity Fund I. Tommy has been in real estate sales and development since his graduation from Emory & Henry College in 1974. He founded Brigham-Williams in 1982 and it quickly grew to be the third largest real estate company in Alabama. He merged Brigham-Williams with Johnson-Rast & Hays in 1998 to form Alabama's largest real estate services company (including RealtySouth, TitleSouth, MortgageSouth and InsuranceSouth) and served as President and COO from 1998 to 2002. RealtySouth was sold in 2002 to HomeServices of America, Inc., a Berkshire Hathaway affiliate, and Tommy served as Chairman and CEO of RealtySouth from 2002 to 2007.

Joel Davis, CPA, is Vice President of Finance at McKinney Communications Corp headquartered in Homewood, AL. He was educated in a small private Christian school where his father was the administrator for over 25 years and his mother a teacher for over 30 years. Joel grew up in a house located on the grounds of the school and his daily life revolved around the importance of quality education. He earned his degree in both Accounting and Finance from Samford University. Joel served several years as an auditor with PwC and followed that with several years in the financial reporting and accounting departments at ProAssurance, a Birmingham based public company. Since his childhood was formed around a private Christian school, he has a deep understanding of the value a private education can provide and is energized to be a part of SFK and the associated schools.

Jenifer Goforth Kimbrough serves as Chief Financial Officer at Oakworth Capital Bank. She has over 20 years of financial services experience including as a senior manager with Ernst & Young, as the head of investor relations at Regions Financial Corporation, and serving on the Board of Directors and as chair of the Audit Committee for a publicly traded property/casualty insurance company. Ms. Kimbrough graduated from the University of Alabama in 1993 with a Bachelor of Science in Commerce and Business Administration, receiving her CPA certificate soon after. Ms. Kimbrough has significant experience as head of internal audit and regulatory compliance for a publicly traded health care company. She has served as the national president of the American Woman’s Society of CPAs and on the AICPA’s Women’s Initiatives Executive Committee in the past and is a graduate of the Momentum leadership program. She has served in numerous community volunteer leadership positions including on the Boards of the Junior League of Birmingham, the Mountain Brook PTO Council, and the Ranger PTO. She teaches Sunday School at Canterbury United Methodist Church and is active with her alma mater, currently serving on the Board of Visitors of the Culverhouse College of Commerce at The University of Alabama and on the Professional Advisory Board for the School of Accountancy.

Lauren Pearson is a Certified Financial Planner (CFP®) and is General Manager of the Hightower Somerset Advisory, a wealth management firm in Birmingham, AL.  Prior to opening the Hightower office in Birmingham, she was a financial advisor with Merrill Lynch. For Lauren, family is the most important aspect of her life. Her husband, Andrew, is a minister and the dean of the Cathedral Church of the Advent.  She is also the mother of three  daughters. She believes in the value of committing significant time to community service, which she has done since the age of 15.  She serves on the board of directors for Cornerstone Schools of Alabama, the United Way of Central Alabama, and the Alabama Ballet.  She is a member of the Birmingham Rotary Club and, of course, is very active in the Cathedral Church of the Advent as the wife of the senior pastor. Beyond her family and faith, her practice is her life’s work. She feels privileged to establish Hightower Somerset Advisory and serve families in both local communities and across the United States. Robert R. Record, MD served as Treasurer of the SFK board from 2013-2016. He is Founder and Chief Executive Officer of Christ Health Center. A graduate of LSU Medical School, he is board certified in Family Medicine with experience in adult and pediatric primary care as well as emergency medicine. He is committed to the physical, mental and spiritual health and well-being of each patient. 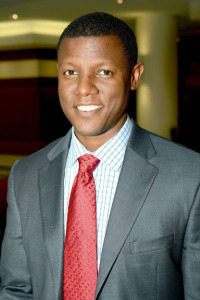 Nicholas Smith MD, FACS has served as a pediatric otolaryngologist at Children’s of Alabama since 2012.  He earned his B.S. degree in pharmaceutical sciences at the University of Mississippi in 2001 and obtained his M.D. from UAB School of Medicine in 2005.  After finishing his internship and residency in otolaryngology at UAB, Dr. Smith completed his fellowship in pediatric otolaryngology at Cincinnati Children’s Hospital Medical Center in 2012. He was board certified in otolaryngology in 2011. His career specialty interests include management of airway lesions and pediatric airway reconstruction.  Dr. Smith enjoys interacting and teaching medical students, residents, and fellows and was voted UAB otolaryngology faculty of the year in 2015. 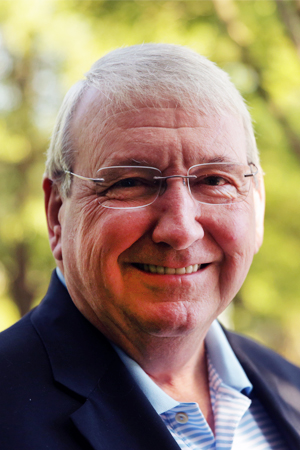 H. Thomas Wells, Jr. became Chairman of the SFK board in 2017. He is a shareholder and founding member of the Birmingham law firm of Maynard Cooper Gale. Mr. Wells’ trial practice concentrates on complex mass tort, environmental and product liability cases, often handling the defense of class actions or mass consolidated cases throughout the South. Mr. Wells is listed in the Best Lawyers in America® and is a Fellow of the International Academy of Trial Lawyers and the Litigation Counsel of America. In 2008 and 2009, he was listed as one of the Top Ten attorneys in Alabama by Super Lawyers. He has a long history of involvement in the American Bar Association, serving as its President (2008-2009). He is a past member of the Board of the Birmingham Metro YMCA and the Shoal Creek Board of Governors. Mr. Wells is a graduate of the University of Alabama (B.A., Phi Beta Kappa) and University of Alabama School of Law (J.D.;  Order of the Coif; Alabama Law Review, Senior Editor; Farrah Order of Jurisprudence ), and  Suffolk University (Doctor of Laws, Honorary).